Whether veganism is a diet or a lifestyle, the chances of this plant-based dietary movement disappearing from American cuisine are slim. As such, investors are increasingly seeking information on opening vegan franchises in the US.

But is a vegan restaurant franchise a wise investment? Or do vegan franchise opportunities limit a restaurant’s chances of success in an already competitive market?

Can the Restaurant Industry Support the Vegan Franchise?

That depends on who you ask.

The vegan industry is on the rise, of that there is no question. The vegan market segment is surely one that should be considered when considering whether or not to invest in a vegan franchise.

By all appearances, catering to people with a plant-based diet is good business.

The Enticing Qualities of a Vegan Franchise

There’s long been a belief that eating meat—particularly red meat—is less healthy than consuming an animal-free, dairy-free diet. Many vegans cite their overall health as one of the main reasons they’ve switched to plant-based cuisine.

With companies producing very convincing meat and dairy alternatives, jumping off the omnivore bandwagon is easier than ever. Perhaps the vegan restaurant franchise is the next big trend.

Vegans often say that animals have a basic right to life and freedom, too. They simply love animals too much to see them on their plates.

Refraining from eating animals is a respect issue for many vegans who have emotional attachments and empathy for animals. In fact, there’s a correlation between people who grew up with an array of pets (more than the average cat and dog) and veganism.

Animal agriculture is hard on the environment. It’s responsible for 18% of the world’s greenhouse gasses, outstripping all other forms of transportation combined. Veganism simply requires fewer resources.

According to Oxford University, reducing meat consumption has a greater impact on improving the environment than any other environmental saving measure. This is because animals kept for meat and dairy only provide 18% of overall calories and 37% of protein consumption while taking up 83% of the total farmland.

The environment is just as important to us at Yampa Sandwich Co. as it is to a vegan food franchise.

Because of this, we strive for a smaller carbon footprint by sourcing as many of our ingredients as possible from sustainable sources. As much as we can, we work with like-minded vendors who believe like we do: that our products should be fair-caught, well-treated, and/or grain-fed.

This gives our menu an added freshness that can’t be denied, but more importantly, it fits with our mission to preserve our environment for future generations.

We may not be a vegan restaurant franchise, but we believe in harm-free, whole foods all the same.

Our ingredients contain no additives, chemicals, hormones, or preservatives. Everything on our menu can be easily pronounced and identified.

Our customers can taste the difference, but what’s more, they can feel good knowing they can order without guilt.

Not only are the meats served in a Yampa Sandwich Co. franchise free of chemicals and additives, the animals they came from were raised humanely, fed sustainably, and received no hormones.

The choice to refrain from eating meat is a very important, personal choice. We honor those who make the switch to vegetarianism and veganism, and have an array of menu options to cater to those diets.

But we also wish to give those who continue eating meat a way to do so that is sustainable and humane, too.

After all, shouldn’t everyone believe in the food they’re eating?

Yampa Sandwich Co. May Be Better Than a Vegan Food Franchise

Yampa Sandwich Co. is so much more than a vegan fast food franchise can be.

We are capable of catering to vegans’ dietary needs, but we can also fulfill the choices made by the broader diets of a wider customer base. We do so with unique flavor profiles and innovative taste combinations that make the taste buds sing no matter the dietary preferences.

Because we aren’t limited to the same target audience of a vegan franchise, we can be a more attractive investment option for potential franchisees.

That adventurousness is one of the reasons Yampa Sandwich Co. stands out among other restaurant franchises, including vegan fine foods franchises. We do our best to give back to the community.

Many of the beliefs held by vegan franchises are mirrored in the Yampa Sandwich Co. philosophy and daily business practices.
We love the world we live in and want to take care of it.
We have a healthy respect for animals and believe they should be well-treated.
Our customers should be able to trust our menu and have no guilt or fear when ordering from it.
Our food should not only fuel the body, but also the heart and soul.

Because we do have a broader target market, however, we can confidently cater to our vegan guests while welcoming others to our sandwich franchises with a menu we can all be pleased with. The savvy investor can see the value in this and may rethink choosing the narrower strategy of the vegan franchise opportunities.

Contact Yampa Sandwich Co. today to learn how you can become the next Yampa franchisee! 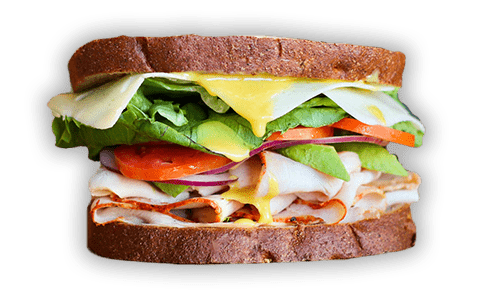